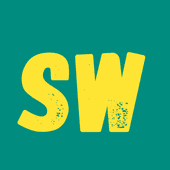 The 9th episode of Ravivaar With Star Parivaar begins with both teams singing a parody song, “Aaj Humare Dil Mein Ajab Ye Uljhan Hai,” headed by Arjun and Amaal. Today is the wedding anniversary of Banni and Yuvaan. Anupama and GHKKP Parivar are on Team Ladke Waale, whereas Imlie and Pandya Store Parivar are on Team Ladki Waale. Anupama greets the pair by performing Aarti and then the Grah Pravesh rituals. Following the Grah Pravesh, Arjun replaces Banni and Yuvaan, and a war for the Shagun starts between Ladki Wale and Ladke Waale.

Team Ladki Waale and Ladke Waale must suppose the song by hearing to and recognizing the music in this buzzer round. With both teasing and bantering, team Ladki Waale wins the round, and Imlie is sent to Ravivaar With Star Parivaar Bank to choose a suitcase. Whereas Imlie chooses the suitcase, both teams try to outdo one another. Imlie decides on a suitcase worth Rs. 50,000. Arjun and Amaal request Yuvaan to propose to Banni, as he has yet to do so. Yuvaan honors Banni with beautiful lyrics proposes to her and gives her the moon. Banni also promises to cook delectable meals for him for the rest of her life and confesses her love for him. Following that, the newlyweds’ slow dance to the music “Mujhko Hai Tujhse Raabta.” Following that, Amaal and Arjun invite Ladke Waale and Ladki Waale for a dance battle, which begins with Leela and Neela and continues with a stunning performance by Virat and Anuj to the tune of “Desi Boys.” In contrast, Imlie represents Ladki Wale and lights up the floor with her hot dance performance to the tune of “Dholi Dhol Baja Raj Ke.”

In this round, both teams must guess the songs based on hints provided by family members. It is not a buzzer round, and the group with the most correct guesses wins. Mama Ji from Anupama provides clues to Ladke Waale, while Rakhi from Anupama arrives to provide clues to team Ladki Waale. Team Ladke Waale loses the competition after trying to guess only one song, whereas Team Ladki Waale wins after predicting all of the songs. Banni goes to the Ravivaar With Star Parivaar bank with a luggage value of one lac rupees. Following the round, Arjun requests that Mamaji (as Salmaan Khan) and Rakhi Dave (as Madhuri Dixit) revive the flower and Gulel scene from Hum Apke Hain Kaun. Following that, Mama JI and Rakhi performed the song “Pehla Pehla Pyaar Hai,” but Pyaar was entirely from MamaJI’s side. Debraj then flirts with Suman and recites poetry for her, receiving a sizzling response from Suman. With love in the air, Anupama wishes Anuj would propose to her again on stage. Anuj grants Anupama’s wish in Anuj’s style, making her happy. Anupama also performs the song “Dil Ne Ye Kaha Hai Dil Se” for Anuj. Anuj asks for some other songs from Anupama, who is an excellent singer. Anupama fulfills Anuj’s wish by singing “Aapki Nazron Ne Samja.”

In this round, both teams must guess the song based on word clues displayed on the screen. A game to find the ring is added to the round to give it a wedding flavor. Banni is the first to see the ring and predicts that will win the round. After predicting the song, Shiva and Vanraaj play the ring game, which Vanraj manages to win this time. Later, Virat and Imlie play the ring game, and Imlie wins the ring this time. Ladki Waale wins this round as well, while Ladke Waale remains at zero. Raavi goes to The Star Parivaar bank and wins the show by bringing a suitcase worth Rs. 2 lacs. The episode was won by Team Ladki Waale, who earned 3 lac 50 thousand rupees.

This brings the episode to an End

Scrollwoop is an entertainment, news, Lifestyle, travel website. We provide you with the latest breaking news straight from the World.

© Copyright - All rights Reserved By Scrollwoop